DIÁRIO is in Marrakech to promote the new route launched by Binter from Funchal, but anyone who thinks Madeira is a strange land is mistaken.

“Today, everyone from adults to children knows Madeira because of Cristiano Ronaldo,” says Yasir Zichem, a tour guide accompanying Portuguese journalists in the ‘Red City’.

Yassir is one of the few in his profession who speaks Camoes, but as he underlines, the situation is changing because “today we see more and more Portuguese in Marrakesh and Morocco in general”.

On the other hand, he notes, “some tourism from Morocco to Portugal has also started,” which is detrimental to the preference for other ‘traditional’ destinations for Moroccans, such as Spain.

Regarding the connection with Funchal, in particular, the freelance guide believes that this route has everything it needs. “Of course, for many reasons. First of all, the distance between Portugal and Morocco and the cost of flights. There are amazing promotions throughout the year, and sometimes, it’s cheaper than traveling within the country”, he maintains.

Morocco receives an average of 14 million tourists per year. 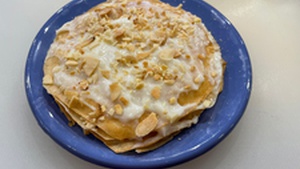